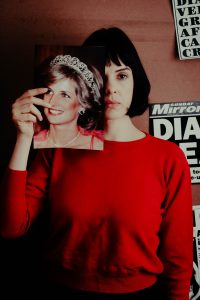 The British Royal Family is among the most talked about, popular and important in the world. It ranks at the top of the most famous royal families in all countries. And it also has the most precious assets, such as land, castles and even laws, which only apply to them. People all over the world roll their eyes at them when something happens there. Royal marriages, for example, or the birth of a new family member always rekindles interest in the family.

Known as the “People’s Princess”, Diana Frances Spencer, known as Lady Di , was the wife of Prince Charles. After her marriage, she became one of the most famous women in the world. A true fashion icon, an ideal of feminine beauty and elegance. And besides, she was admired for her charity work.

Even after several years that Lady Di left, she has not ceased to be loved and remembered by the people to this day. So much so that the princess is still considered a fashion icon.

In addition to her clothes, dresses, coats and other pieces, the accessories that Lady Di used also made history, especially her jewelry. As the princess had excellent taste, she paraded some of the most iconic jewelry from the entire royal family.

Because of this that many people wonder what was done with these jewelry? Where did they end up? Does anyone use them? The answer is yes. The earrings, necklaces, rings and bracelets that once belonged to Lady Di can still be seen today being worn by other royals.

When she was part of the royal family, Diana wore various jewelry that were from the royal collection. However, it also had many personal pieces. These pieces were again seen in the media through her daughters-in-law Kate Middleton and Meghan Markle.

That’s because, before she died, Lady Di had made it clear that she wanted her sons, Princes William and Harry, to be the main heirs to her personal jewelry collection.

One example is that the most famous jewelry ever worn by Kate Middleton, her engagement ring, was by Lady Di. “The ring was my way of making sure my mom didn’t miss the thrill of today. It’s very special to me,” explained William.

The ornament is a 12-carat oval sapphire surrounded by diamonds. And to match the ring, William also gave his wife the sapphire earrings that also belonged to his mother.

Just as his brother did, Harry also gave some of his mother’s pieces to his wife, Meghan Markle. Meghan’s engagement ring, with its breathtaking three diamonds, has sentimental value for the couple and also has Diana’s presence. The ring’s main stone is from Botswana, where the couple vacationed shortly before getting married. And the other two stones are from a Lady Di bracelet.

But on her wedding day, Meghan wore a Diana ring. The jewel had an emerald, two diamonds on each side, and a gold band. And since then, the Duchess of Sussex has worn the jewel on several other occasions.